Autocasión is a portal focused on content and transactional services for the purchase of vehicles, as well as current information about the world of motor.

As a result of our good experience with pisos.com project, Vocento group returned to trust us during 2015 to restructure and redesign one of its flagship portals. The portal needed a redefinition of the information architecture and a new design that meet the following requirements:

In a first phase, during several months of 2015, we performed an analysis of the portal. This work included an heuristic analysis of flows and key portal screens and an a benchmark including reference portals and industry best practices.

Once the conclusions drawn, an interactive prototype was raised in low resolution, to test and validate the new portal structure; said functional prototype also served document for developers. Some of the improvements that were introduced were: 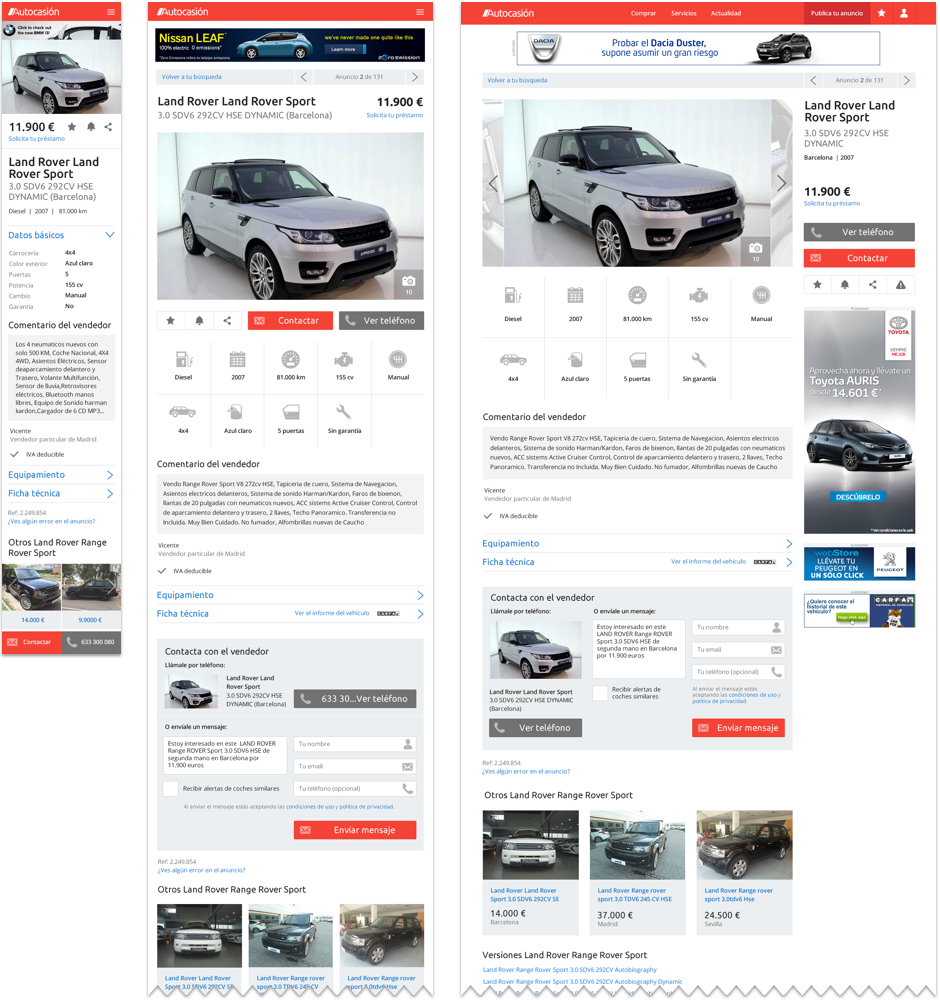 The new version of the site was launched in June 2016. During the first week, visits multiplied x2, x3 reaching peaks up on the previous site, so that ended the year 2016 with 2 million unique users, up 13% from the previous year. That audience with its recurring visits, accumulated a total of 40 million visitors, with an average time spent on the portal of almost 4 minutes.

Since its release date, the new portal experienced a marked improvement in performance, but in early 2017, a number of factors beyond the portal begun to significantly impair the results: end the agreement with Milanuncios.com, changes at Google positioning algorithm, new competitors...

Autocasión product managers returned to trust us to review the design of the portal. Due to the strong growth of the portal, some inconsistencies both functional and visual were generated:

Generally speaking, we believed that we must make a commitment to further eliminate visual noise and unnecessary items. 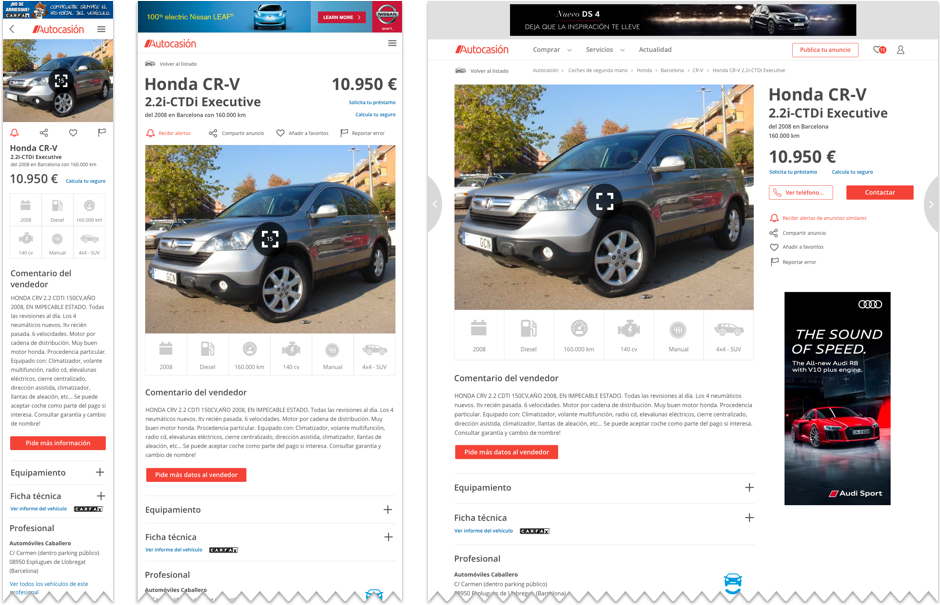 Over the existing structure, with the new design proposal we further focus on the definition of components and reuse of elements: 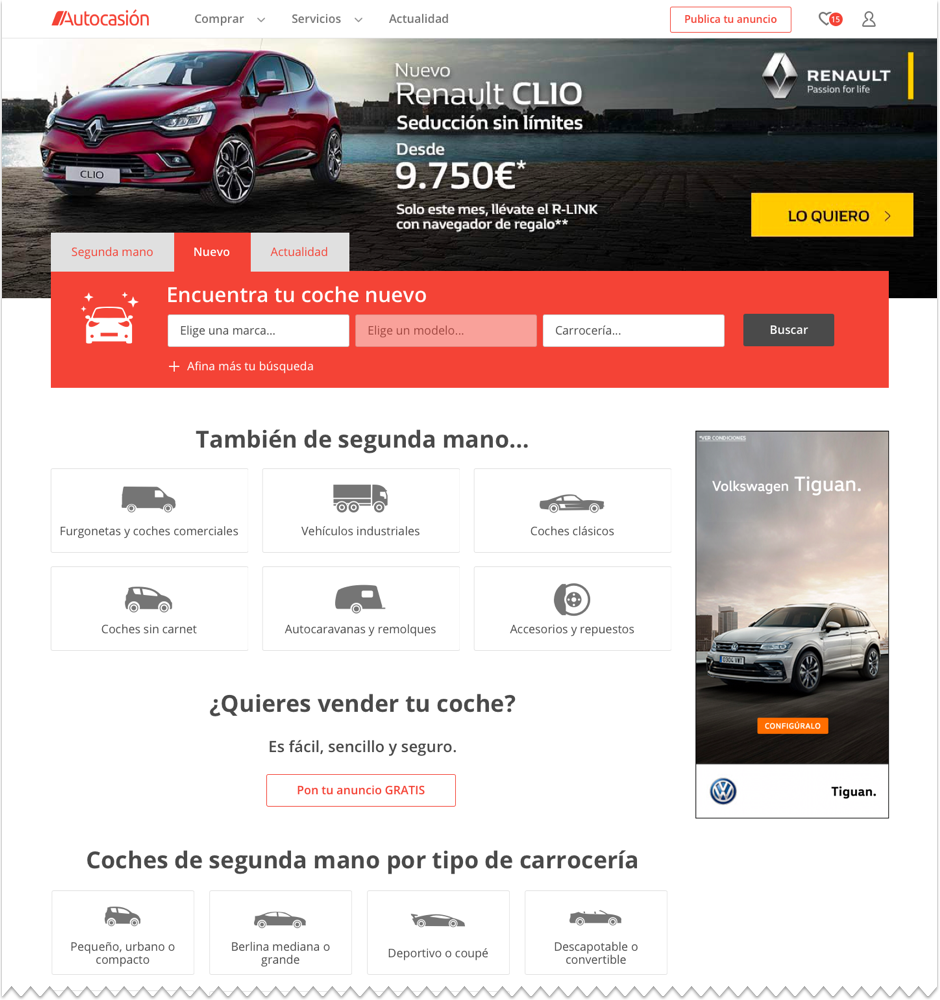 In summary, a realignment and simplification of modules in order to improve the growth portal and facilitate use by users.